Core wallets are the backbone of the Wagerr network because they store and share a full copy of the Wagerr blockchain and perform consensus calculations.

Wagerr maintains three "core" wallets: the daemon, the Qt, and the Electron app.

The Wagerr daemon wallet (also known as wagerrd) is generally for more advanced users and relies upon a text-based command line interface. The daemon is often used in the text-based evironments like when using a virtual private server (VPS) to manage remote masternodes or for monitoring and transaction-intesive enterprise services such as running an explorer or an exchange.

The Qt wallet is more familiar desktop application. Instead of just commmand line text, users see a Graphical User Interface (GUI) that allows the user to navigate visually and click a few buttons instead of writing out all the commands in Linux.

In August, 2019, Wagerr released the Electron app which features an even more intuitive design and more modern look and feel than the Qt. The Electron really goes beyond the core functionality of a wallet and includes Wagerr-specific functions that make it easy to discover odds on sporting events, place bets, and buy tickets for the new blockchain-based lottery.

Electron consists of 2 components: the Electron front end (the visual part that users interact with) and a Wagerr daemon on the back end. The daemon running in the background contributes to the network as a full node.

Which do I want: Electron or Qt?

Eventually, the Electron app will fully replace Qt wallet. At the moment, however, Electron is not a fully mature product. The Qt performs some functions better; and there are some that only the Electron can handle.

Betting
When the Electron app was released, all betting functionality was stripped from the Qt wallet, so for now the Electron is the only app for sports betting and the provably fair lottery.

"Coin control"
The Qt is the tool you need for an advanced set of features called "coin control." All funds credited to your wallet are the "unspent transaction outputs" (UTXOs) — the portion of the WGR that you got when someone else sent you WGR, but that you haven't spent. In cryptocureny, each transaction is separately tracked. Coin control allows users fine grained control over which UTXOs (which source of funds) they'll use for a given transaction. When you don't use coin control, the wallet chooses for you.

The Wagerr developer team updates the code regularly. The Qt and daemon wallets should be updated when new code is released. "Mandatory" updates imply that if the update is not make before a certain date, the wallet may end up on the wrong chain. If that happens, the user must resync the wallet after the update is performed.

The Electron app has a built-in update feature. To check for updates simply shutdown and restart the wallet. A prompt will appear if an update is available. The "Tools & Info" tab displays the version numbers for both the Electron front-end and the daemon on the backend.

Simplified Payment Verification (SPV) wallets are not core wallets. Instead of maintaining a complete copy of the blockchain themselves, they rely on full nodes to synchronize and broadcast transactions. SPV wallets store only the information they need for transactions and monitoring (specifically, the block headers, and Wagerr's betting data (the opcodes)). This minimal information keeps the wallet to be lightweight and ready to use much more quickly than a full node. Unlike the core wallets, running the SPV wallet does not contribute to network security.

SPV wallets require very little setup, store less data, and are generally easier to use. They can be deployed as an Android, iOS, or desktop application. Wagerr has deployed an Android app (beta) for the purpose of storing, sending, and receiving Wagerr. Developers are actively designing betting function for the Android app, so look forward to being able to place bets from your mobile device! iOS mobile apps and Mac OS and Windows desktop apps are scheduled to follow. 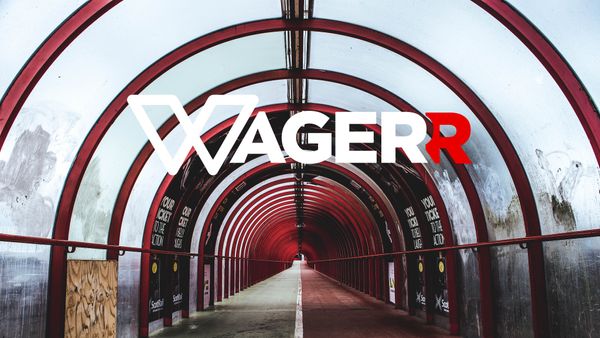 A review of Wagerr, from clunky Qt to stunning new Electron app, reveals enormous potential for adoption of sports betting on the blockchain.

Running the “Atlantic City” Wagerr Qt or daemon? New 3.0.1 point release improves resource efficiency. It’s not mandatory, but the update sure is nice for your CPU!