Get ready for Testnet and Mainnet — with Masternodes!

The Wagerr Team has been hard at work behind the scenes these last two months. Here’s what they’ve been up to.

As mentioned in the October 1st update, the Wagerr team expanded in the areas of core development, executive leadership, and industry engagement.

After interviewing an impressive pool of candidates, the team hired six developers, selecting those with the best fit of expertise, experience, and drive to fulfill the Wagerr vision. The new members are settling in to their roles very well, and numerous development workshops have proven productive.

The Wagerr team also welcomes a new Director of Operations, Jason Tauriello. Many of you who have been a part of the Wagerr community in our social channels may know him already as @MMAforMoney. His knowledge of the sports betting world and experience as a director for companies in the industry make him a powerful asset. He has been working diligently from the get-go. Read his bio on wagerr.com by selecting his photo.

In the interest of advancing Wagerr community engagement, the team also hired three new Advisors, who were selected for their extensive knowledge and experience in both the betting world and the computer science and digital currency worlds. Guillermo Manzanares, Sean Fox, and Aaron Odum have been very active in our Discord and Telegram channels, happily answering questions, and getting to know the community while fulfilling their roles behind the scenes. Check out their profiles on the Wagerr home page, and get to know them in the channels.

If you haven’t seen the updated roadmap announced in the last email, please check out the timeline:

The development team is on schedule for the first target and excited to introduce the Wagerr network to the world. Expect the Mainnet and Testnet to be available on January 15, 2018. The launch also marks the availability of the token swap gateway from the Waves blockchain to the Wagerr blockchain.

There have been a lot of questions about the specific details of masternode operation. We plan to release details in January 2018 as well.

As January 15th approaches, Wagerr’s marketing efforts will be ramping up. The marketing plan has always been the same since the ICO. With a high quality team focused on the digital currency industry, the ICO exceeded everyone’s expectations, including its own, and even garnered the attention of some big players in the sportsbook industry.

After the ICO, the focus shifted to development, laying a solid foundation of the project for years to come. At the beginning of the year, when the network launches, the team’s focus will shift again to marketing — specifically on the world of the business-centric, technologically savvy professionals.

When Head-to-Head betting launches on Mainnet, the primary focus will shift once more to the sports betting industry, initially targeting professional players, then on capturing the attention of casual players.

“The blockchain symbolizes a shift in power from the centers to the edges of the networks.”

David Mah, Wagerr CEO, attended the Excellence in iGaming expo at the end of October. EiG is an industry leading, invite-only, closed doors event for all of the major players in the industry. One of the main topics at EiG this year was “the Blockchain Agenda.”

David was invited to represent Wagerr and deliver a talk at the conference about Wagerr and the potential of blockchain technology to revolutionise the space. A highlight video of David’s talk is available on the Wagerr YouTube channel, and he will also be sharing his own personal account of the conference. The Wagerr team could not be happier with his representation at the conference. An outgoing leader, David met many people in the industry, exchanged ideas, and set the groundwork for potential collaborations down the line.

Wagerr ran a fun competition on Twitter for the 2017 World Series of Baseball, offering prizes to those who could successfully predict the correct number of runs, hits, and other statistics, with gradually increasing prizes each game.

For game seven, a grand prize of 25,000 WGR was up for grabs — enough to run a masternode. Amazingly, there were four winners, and each one received a masternode! All told, Wagerr distributed 103,000 WGR to all winners over the course of the competition. Equally impressive, the Wagerr Community raised $400+ for Hurricane Relief, through the #HR4HR hashtag.

Wagerr is doing what it set out to do: disrupting the sports betting industry. So get psyched! January 15th, it begins.

Have fun and good luck! 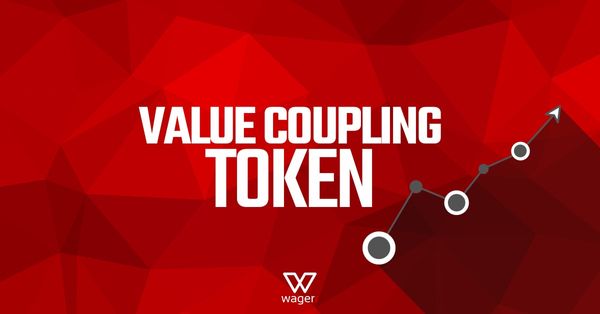 When Wagerr released the Wagerr-Lite wallet in the last update, we also reported that the dev team had identified a security challenge. To address it, we brought in one of the top blockchain security consultants. Following the review, Wagerr has revised the roadmap to