The NBA Playoffs have been lighting it up. The Football is fire. The NRL electric. But we are only getting started with the NFL kicking off this week! You’ve had a little taste of betting on Football again with the NCAA Football, but in a few days we get to place some bets on Patrick Mahomes to live up to his monster contract.

Oh and… the 29th season of English Premier League is set to kick off from the 12th of September.

The sport just keeps on coming!

80k WGR was removed from the total supply this week as well as a relatively high Masternode reward considering the increasing number of masternodes who are locking up their coins to share in the betting fees. See the full breakdown here

We're back after a win last week and high on confidence. This is how we see it. Better offensive decisions from Westbrook and the Rockets might be up 2-0. The Lakers are favourites for Game 3, but the Rockets have been red hot on defensive end. If Westbrook cuts down the long-range attempts, and Harden continues to be aggressive, they will generate enough offense to be competitive on Tuesday.

Kyle Lowry had all but pushed the Toronto Raptors to a pair of victories with two excellent performances.

But the six-time all-star guard had an off night on Monday. And so did the rest of the Raptors — and now the defending NBA champions are one loss away from elimination. The Celtics just took it to Toronto right from the jump.

Can the Raptors stay in the fight or will the Celtics blow them out of the park again?

The Heat have not been favourites for the entire series against The Bucks. No many are expecting Giannis Antetokounmpo to play in this game due to him leaving game four in a walking boot and not being able to jump or plant on his sprained ankle. The bookies clearly aren't either given that this is the biggest favourite the Heat have been in the series.

As mentioned, we think this will be a close one if Westbrook can tighten up his FG %. Houston to cover looks like the best bet, though there could be value in backing the under.

The old saying goes that teams on long win streaks are better off losing a game before the finals. Only time will tell in the case of the Panthers.

Parramatta got their premiership campaign back on track with last week's convincing win over an in-form Warriors outfit, but we'll get a much clearer picture of where the Eels are truly at on Friday.

Thanks to a hard-fought 2-1 win over Brentford in the Championship playoffs final, Fulham secured a quick return to the Premier League. The Cottagers are determined to survive in the English top-flight, but that is easier said than done.

The Gunners, on the other hand, saved the 2019/20 season by beating Manchester City in the FA Cup final. Summer signing Willian is ready for his Arsenal debut, and seeing that Mikel Arteta is doing a good job with the Emirates Stadium outfit, AWAY win should be considered.

Last season's Premier League champions face the Championship winners on the opening day of the 2020-21 season, as Liverpool and Leeds United collide at Anfield on Saturday.

Leeds are back in the Premier League after a 16-year absence from the top flight and will be eager to make an instant impact in their first game.

Both sides are out to entertain, Overs may be the play here.

Washington has struggled mightily this season. The Nationals have all kinds of issues and it seems to be an uphill climb to try to defend their World Series crown. Tampa Bay has been playing solid baseball all season long and they have supplanted the Yankees as the penthouse residents of the AL East. The Rays have solid pitching and they’ve gotten plenty of guys that they can rotate in and out of the lineup in order to get the best matchups. Give Tampa Bay the advantage on the road in this contest.

The previous time the Golden Knights played in the Western Conference Final, they dropped Game 1 against the Winnipeg Jets, only to bounce back with four consecutive victories after. Vegas will be hoping for history to repeat itself after a narrow 1-0 defeat to the Stars on Sunday, when Dallas showed up with a masterclass in defensive hockey, cancelling the offensively potent Knights out throughout the whole game. Historically, though, the Stars have not been able to sustain their momentum for long. In fact, the team has lost seven of its last nine fixtures after allowing no more than two snipes in its previous game, while Vegas has done the opposite. The Knights are 10-2 in their past 12 contests after netting no more than two markers in their previous matchup and will be heading into Tuesday much better prepared.

Stepping into the main event slot are Michelle Waterson vs Angela Hill. Waterson is looking to break a two fight losing streak while Hill who is also coming off of a very close split decision loss to Claudia Gadelha. The fight is scheduled for 5 rounds but expect it to be a finish! Hard to tip against Hill in this one.

Ottman Azaitar vs Khama Worthy
In the co-main event we have Ottman Azaitar taking on Khama Worthy. Azaitar is undefeated at 12-0 and has serious one punch knock out power. Don't be fooled by Worthy's 16-6 record, he's fought higher ranked opponents and was at one time on a 6 fight win streak. Could go either way but Azaitar's KO power might prove the difference. 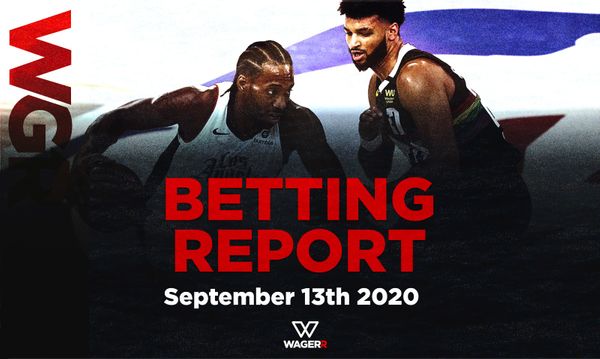 A huge week of sport in the US saw more than 315k USD bet on Wagerr across 377 events. Despite the US sports being all the focus, J-League saw some of the biggest action over the week. 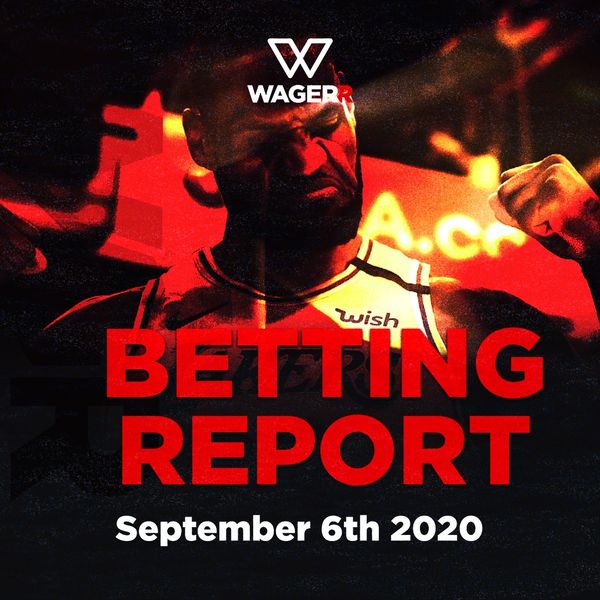 80k WGR was removed from the total supply this week as well as a relatively high Masternode reward considering the increasing number of masternodes who are locking up their coins to share in the betting fees.